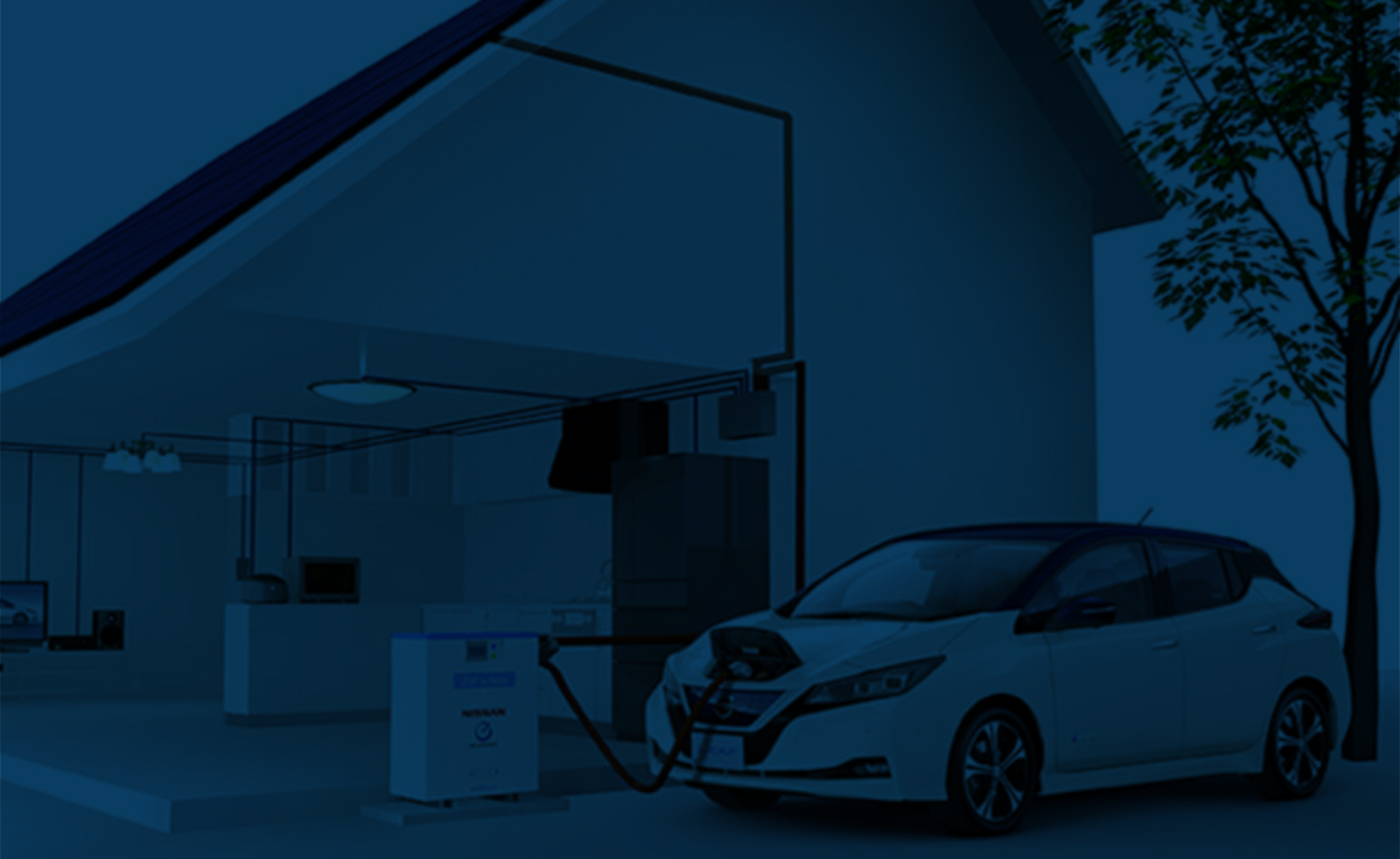 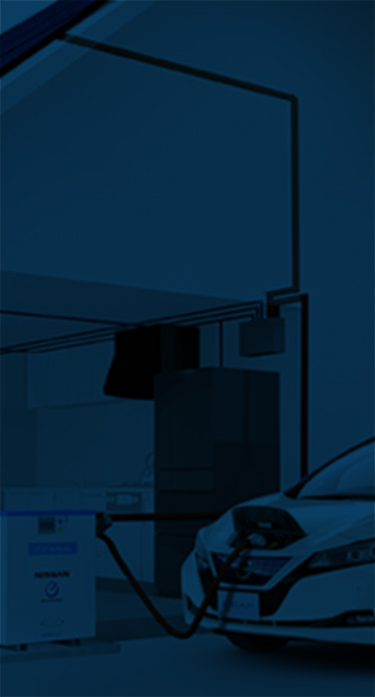 The summer season is officially behind us. It was yet another record-breaking year for heat waves across the globe, putting unprecedented strain on electrical grids and increasing pressure on modern economies that rely on a stable supply of electricity. But, we see signs of hope on the horizon with the expansion of federal tax incentives for energy storage systems and other clean energy technology.

The passage of the Inflation Reduction Act is going to massively transform electricity markets in the United States. Canada is eyeing similar incentives that could help to accelerate the installation of residential and business clean energy technologies.

Like other incentives in the past, federal governments offer these to investors, businesses, and consumers to encourage the uptake or development of technologies that will benefit the economy as a whole. Using tax credits to incentivize development began in the sixties, although the idea behind the tax credits was not to incentivize investors. Instead, it was to protect American business owners from foreign competition. This was due to the revival of industrial production in Europe and Japan, which was in recovery after World War 2. In this modern era, governments are using these incentives to speed up penetration for technologies that help us avoid the worst effects of a changing climate and support grid reliability in an increasingly electrified world. These energy incentives come in many forms, such as the investment tax credit, and the reforestation credit.

The Inflation Reduction Act has officially been signed into law, and this presents a multitude of financial incentives to drive the deployment of clean technologies throughout the United States. There is one key federal incentive to highlight for companies looking to deploy clean energy assets.

This is a tax credit originally created for commercial and large-scale deployments of solar or solar + storage. The Inflation Reduction Act updated the ITC to include standalone energy storage projects and several other clean energy technologies. This is a big win for areas where solar power isn’t beneficial. The tax credit has been restored to its full 30% value for solar, storage, and solar + storage projects beginning construction before January 1, 2025. However, there are new eligibility guidelines around Prevailing Wages and Registered Apprenticeship Requirements to qualify for the full ITC value. Not meeting these requirements may mean a developer is only be entitled to a 6% ITC (an 80% reduction in value). The Inflation Reduction Act also provides an added 10% ITC bonus (bringing the value to 40%) for projects that meet either of these criteria: domestic content, located in an Energy Community, or located in an Environmental Justice Area. A really exciting update for energy storage developers and businesses looking to deploy storage is that interconnection costs are now included in ITC calculation. This is an added benefit for eligible ITC participants but can’t be used in a standalone fashion. For a more detailed description of the ITC, download our Energy Incentives Guide for Massachusetts and New York.

Other Incentives For Renewable Energy

There are several other incentive programs at the state and federal level. Here are two you ought to know:

For many businesses that don’t have the space to install solar or other forms of clean energy generation technologies, RECs offer a great solution. This is an incentive in the form of a financial product. With RECs, companies can meet their renewable energy targets by purchasing these credits which subsidize the generation of an established unit of clean energy and/or fund additional clean energy development to meet demand. That REC payment can go to a solar farm company, a residential consumer with solar installations, or even to businesses with sited solar and energy storage. Companies can meet their commitments to using clean energy without having to rely on traditional utilities or by producing energy themselves. With RECs, more individuals and businesses are incentivized to generate these certificates by installing renewable energy generation capacity; on solar farms, residential land, non-arable agricultural land, or even at C&I facilities.

Net Metering is usually administered by local utilities and permits customers to connect their solar or wind-generated power to the grid. The incentive systems work in different ways across states. Still, the idea is that utility companies purchase renewable energy from the customer, which is reflected in how the customer pays for the net amount of energy used. The amount that the customer pays is the total energy used minus the amount of energy distributed to the grid from the renewable energy source. With Net Metering Programs, companies can sell their surplus energy from sited energy resources while still being able to use energy from the grid when needed, especially when the rates (and demand) are low. These programs can also be quite lucrative, when companies buy low, store the “discount” energy in batteries, and then export that energy back when prices rise (this is also known as energy arbitrage). Net Metering is a popular tool used across the United States. About 37 states and the District of Columbia have a net metering system in one form or another. Eight states have a net metering system alongside other renewable energy compensation schemes.

If you are an investor wondering why you should take an interest in these tax incentives for battery storage systems, here are some good reasons to do so.

At its most basic, tax credits and other federal incentives will reduce your overall investment costs. You can install renewable energy systems and technologies while reducing your tax liabilities, and increasing project rates of return. Ultimately, the ITC will provide your business with a 30-40% discount on the development of solar and energy storage technologies. The clean energy technologies you install will also contribute to lower operating costs and result in improved margins.

Which business doesn’t like finding new streams of income? Beyond net metering and RECs described above, there are demand response programs, operating reserve programs, and so many more depending on the state. So not only can you reduce energy bills by exporting your surplus energy from renewable sources or by selling RECs, but you can also employ energy arbitrage strategies to buy low and sell high, making your money on the spread. Many of these programs can be tapped into when you have energy storage systems installed either behind- or in front-of-the-meter.

Good For The Environment

Business and consumer incentives to develop and install clean energy technologies are not just good for the health of our planet, they’re good for our economy (and your bottom line). Need we say more?

Over the last few decades, the renewable energy sector has been growing exponentially, far outpacing the growth in other sectors. It’s estimated that the clean energy sector will generate at least ten million new jobs by the year 2030. During the same period, it is estimated that about 3 million jobs will be lost by the decline of fossil-based energy generation. This translates to about 7 million net new jobs as a result of this clean energy transition.

If you are wondering how you can benefit from federal tax incentives for energy storage systems and other clean energy technologies, Peak Power is the partner that you need.

Luckily, we’re seeing that governments, utilities, and businesses around the world are tapping into the potential of distributed, decentralized energy resources with a plethora of incentive structures… even if they might be a little hard to navigate.

To help companies like yours take full advantage of the federal tax incentives and help navigate these incentive structures, we hosted a webinar in December 2022  to break down the details of the Inflation Reduction Act and the corresponding Investment Tax Credit. You can watch it on-demand here: Disclaimer: At Peak Power, we’ve got a team of energy experts. But whenever it comes to tax incentives, record keeping, and depreciation, make sure to speak with a finance professional. Please note, because of the recent nature of the Inflation Reduction Act, the information contained in this section may change. Banner Photo Credit: iStock / Douglas Rissing

Got questions? Ask them during our IRA discussion panel on December 7