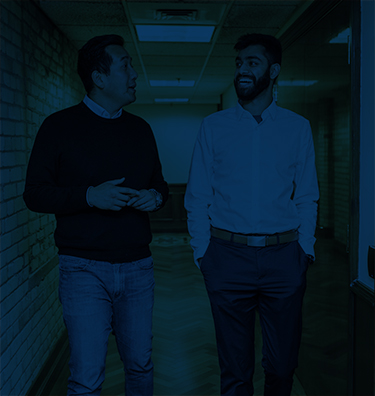 What is Grid Mix and Why Does it Matter?

Electricity is one of those modern necessities that we can’t live without anymore. In talking about grid mix, we should first look at the disruption caused by the most recent storm in Ontario. This violent windstorm swept through a vast swath of Ontario and parts of Quebec, leaving more than 150,000 consumers without power.

For some of them, losing power doesn’t just mean losing lights. When the power grid is significantly damaged or suffers a failure, households could be dealing with flooded basements or loss of running water because their sump or water pumps stop working, loss of heat from electric-run furnaces, food in fridges and freezers goes bad. The list goes on.

“Hydro One said Thursday that about 68,800 customers are still in the dark, with those in the Bancroft, Perth and Tweed regions expected to be without power for several days.”

And as climate change continues to make heat waves hotter and storms stronger, our electricity grids are only going to come under increasing strain.

It’s also why there’s so much worry about rolling blackouts hitting the US Midwest through the summer of 2022.

If we want to create a more reliable electric system, we need to take a good hard look at our grid infrastructure and the way the grid is fundamentally designed. Grid mix is going to play a critical role in that design.

Grid mix is also the key to getting our economy to net zero.

The Root of the Problem: Grid Design and Climate Change

It’ll come as no surprise that electricity production is the second largest source of emissions in the US after transportation. It’s because 60% of electricity comes from burning fossil fuels.

In our haste to electrify everything, we’re placing more and more demand on our power grids and increasing our power generation needs. Much of the time, we’re meeting that boom in demand by burning more fossil fuels, like natural gas.

It’s the elephant in the room we need to talk about: we’re not going to do much to solve the climate crisis and decarbonize if we keep burning fossil fuels in big, centralized, dirty power plants to power our “zero-emission” cars and other “clean” technology.

We also can’t build the infrastructure—things like transmission and distribution lines—fast or efficiently enough from centralized power plants to keep up with the forecasted electricity demand.

We’ll use the highway analogy: The way our current electricity grid is designed, we need to build infrastructure for the 1-hour of highest demand in the entire year. It’s like building a superhighway that’ll be full on the busiest travel day of the year (let’s say Christmas), and nearly unnecessary for the other 364 days. Building infrastructure in that way just doesn’t make sense… and it costs us all a lot of money.

If we actually want to shift power generation to cleaner sources, create a more resilient grid, and do so in the most economically viable way, decentralization is key.

And at the crux of a decentralized system, is clean generation technology like solar, wind, and energy storage.

What is Grid Mix?

Grid mix is quite simply the proportion of power generating sources that supply power to a grid. Here are some visual examples from the Ontario (IESO) market and the New England (ISO-NE) market: 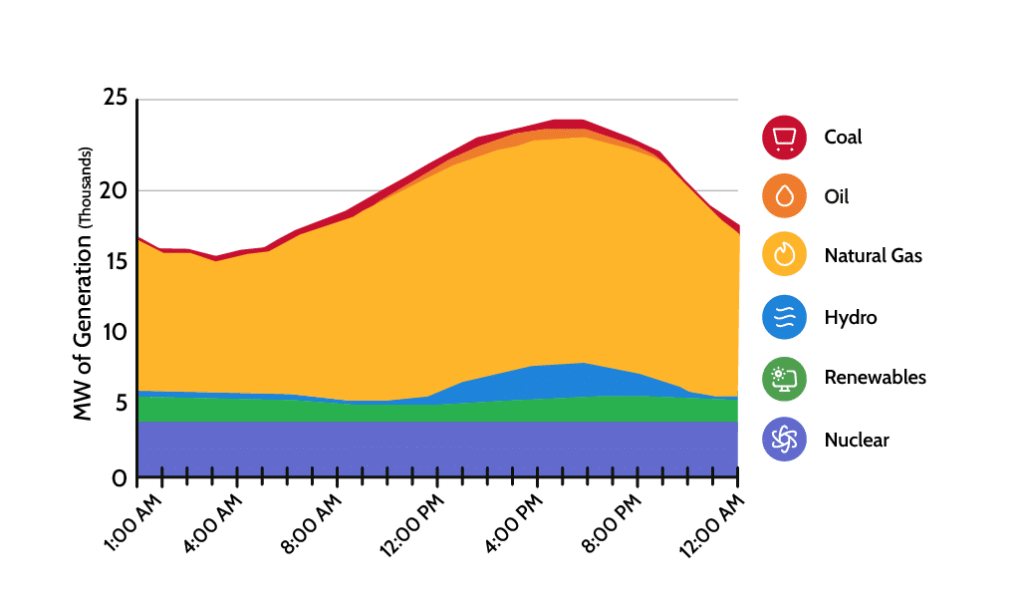 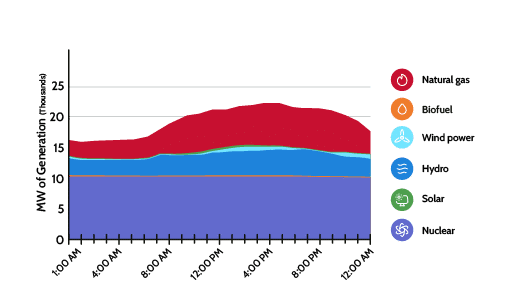 As illustrated in the above real-life graphs, the higher the demand, the dirtier the generation. For commercial and industrial consumers, this directly affects their Scope 2 emissions and decarbonization goals.

But it also affects the prices all electricity consumers pay. The dirtiest sources of power generation are also, generally, the most expensive.

How Energy Storage Fits In

There is a lot of buzz about distributed—or decentralized–energy resources. It’s because it’s one of the key technologies that will enable the functionality of a decentralized grid and will reduce the need for infrastructure development as demand rises.

In fact, many jurisdictions across North America are championing and supplying generous incentives for the development of sited solar and energy storage.

New York Energy Storage Highlight: In 2019, New York passed the Climate Leadership and Community Protection Act (Climate Act), codifying some of the most aggressive energy and climate goals in the country, including 70% renewable energy by 2030 and 3,000 MW of energy storage by 2030. The available incentives are working, and at last update New York was already at 82% of the 2025 target. This prompted Governor Kathy Hochul to announce plans to double the energy storage target to 6 GW by 2030.

Energy storage is the key piece of energy technology that will alleviate the intermittency of distributed, clean generation resources like building-sited solar and ensure that power is being supplied closest to where it is being consumed.

This storage technology also saves large energy consumers a lot of money by using stored energy when demand and prices are the highest… and when the supply of power is dirtiest with fossil fuel peaker plants meeting demand spikes.

Energy storage allows us to more efficiently use our electricity resources while cutting emissions. We can build resiliency, reduce the need for costly infrastructure upgrades (which we all end up paying for), and profitably reach our net zero goals—this is the power of decentralization.

Buildings are the key to the clean energy revolution

As we detail in this blog post, the current, centralized electricity system is not sustainable. Between the climate crisis, blackouts, aging infrastructure, and rising costs, the system needs a huge overhaul. The demand for electricity is high – and getting higher – and big power plants aren’t meeting our needs.

At Peak Power, we say it’s time to disrupt, decentralize, and decarbonize. We can do this through software and energy storage solutions for the real estate sector. Our tech turns commercial buildings and industrial facilities into hubs in a new, decentralized electricity system. This means cleaner, more reliable, and more affordable electricity.

Energy Markets are Complex. We’ll Help You Navigate Them.

Our team of energy experts can help you with everything from project design and financing to energy storage development and operation.

Set up a call with our team today.

See How Peak Power Can Help